Like many of the best adventures, our journey with Swissies began unexpectedly.  April volunteered with a service dog organization, and raised one of their Swissy pups.

When You Least Expect It …

Through the service dog organization, April met Deanna Never of Swiss Run Swissys, and in 2015, one of Deanna’s puppies came to stay with us for a few months. The pup needed some time to mature, and Deanna thought we might have fun with her. “For a few months” turned into “forever,” and Deanna and April became co-owners of Swiss Run’s Fiddlehead “Fern.”

April and Fern began showing in conformation, and in a few months, Fern finished her championship. They went on to finish Fern’s Grand Championship, and by the end of 2016, Fern was the #3 Swissy in the National Owner-Handled Series. 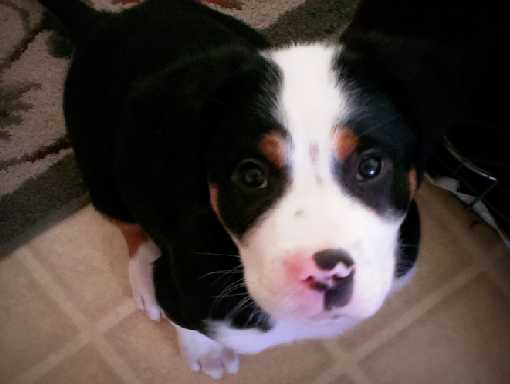 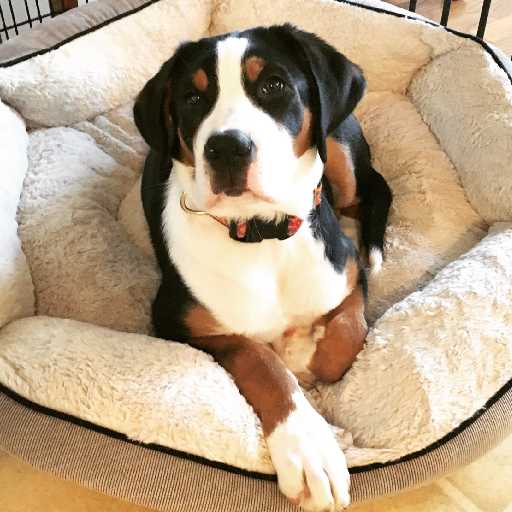 And Then There Were Two Three

In early 2016, we welcomed Medley into our home, and she brought us full circle:  her sire, Merlin, and dam, Tango, were two of the first Swissies we met.

We also added a second Merlin daughter in 2016 when pretty Kette joined our family.

These three lovely girls were our starting point in the breed, and so far, Fern and Medley have each produced some lovely puppies. 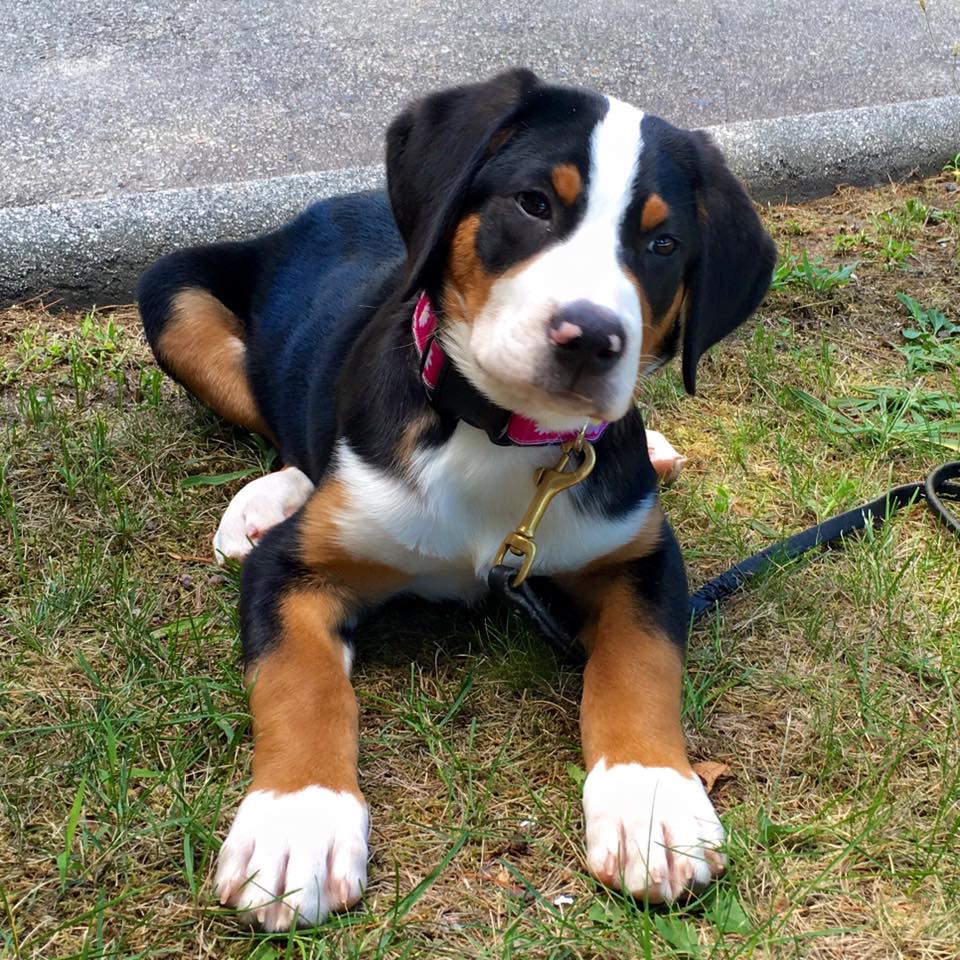 We’re April and Tom Bender, and we live in central Massachusetts. Tom is Director of Project Management for Schott North America. April taught our three children at home, and now that they are all grown, her focus is on the kennel. Before moving to Massachusetts, April also owned a piano and voice studio in New York. 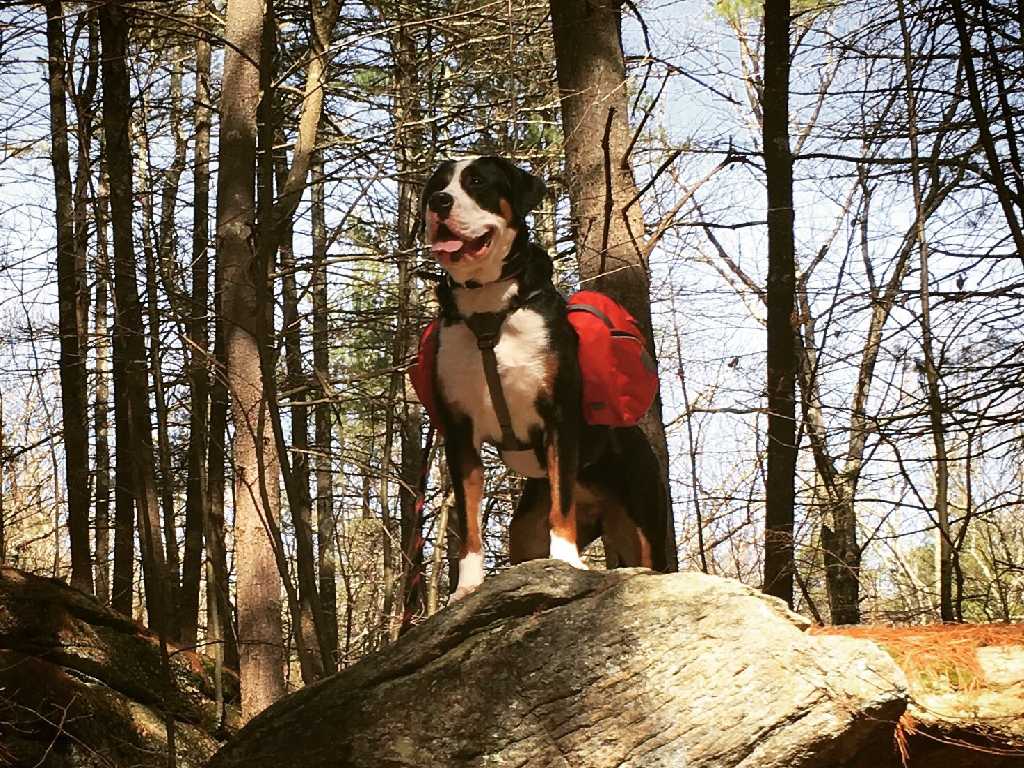 A Little More About Our Life With Dogs

We aren’t “grew up in horses and/or grew up in dogs” people, unlike many of our breeder friends. However, we did grow up in families that included dogs (especially April’s family). While we didn’t have intense immersion in dog events, we have always had dogs in our lives and treasured them as companions.

Tom’s family lived in a small city and had what he describes as a little black scruffy dog. April grew up in the farm country of New York’s Finger Lakes region, and her family had a lab mix and a couple of smaller mixed-breed dogs. In college and graduate school,  April owned several shelter dogs and also purchased her first purebred dog–a Miniature Schnauzer named Heidi.

When April met Tom in the mid-90s, she still had Heidi, and after they were married they adopted a second Mini. Katie was an abandoned puppy mill mama that April found in a shelter. Her last years were spent in a happy home, loved by our family. We owned several terriers and a couple of terrier mixes, but it wasn’t until we met Swissies that we decided to make big dogs part of our lives.

As We Move Forward

We have been living with and learning about the breed for nearly nine years, and are grateful for the support of the Swissy community. If there is something we don’t know, or with which we need help, we have a network of experienced Swissy owners and breeders who will help us. Also, we are constantly educating ourselves about training, behavior, health, and good practices in breeding, so we are always adding tools to our toolbox.

We would love to meet you and answer any questions you might have about us, our dogs, or our breeding program. Please feel free to contact us!